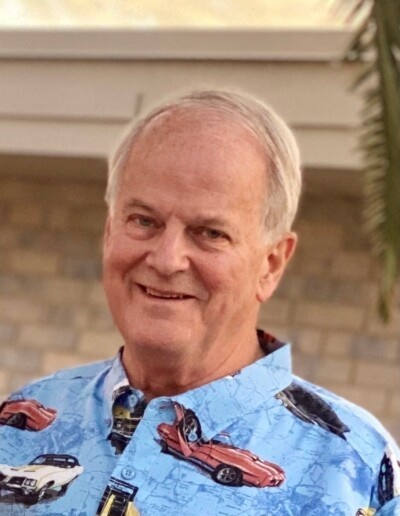 It is with our deepest regret and heaviest of hearts as a family we announce the departure of our loving husband and father Thomas Edward Ohm on December 24th, 2020.  With his family surrounding him, we said goodbye knowing and finding comfort in the fact that he would be greeted in heaven with open arms by his loving family and friends who have preceded him in death.

Tom was a devoted church member of the Lutheran faith and contributed to his community whether it was in Elmhurst, Peoria, Joliet, IL, or recently in Sun City, AZ.

As anyone who knew him knows, he was a mentor to many and a fine example of what it means to be a leader, loyal, and a hard-working individual. He not only influenced those he worked alongside, but he also instilled these values in his four children.

Tom worked in the beverage industry for 47 years starting at the bottom and rising to become a successful member of different executive management teams. He continued to find enjoyment after retirement and enjoyed the success he had working alongside his son Thomas on a daily basis building successful businesses within their community.

To celebrate his life, we ask those that loved him and knew him to continue on a daily basis to be kind to others as he was. Tom will be remembered for taking pride in his work, being strong in his beliefs, and being a loving husband, father, brother, brother-in-law, uncle, and grandfather.

Visitation for Thomas will be held Monday, January 4, 2021 from 4-8 p.m. at the Blackburn-Giegerich-Sonntag Funeral Home.   Private funeral services will be held at Our Savior Lutheran Church on Tuesday, January 5, 2021.   Interment will be at Concordia Cemetery in Forest Park, IL.   In lieu of flowers, memorials in Thomas’s name to Wounded Warriors or the Alzheimer’s Foundation.

To order memorial trees or send flowers to the family in memory of Thomas Edward Ohm, please visit our flower store.