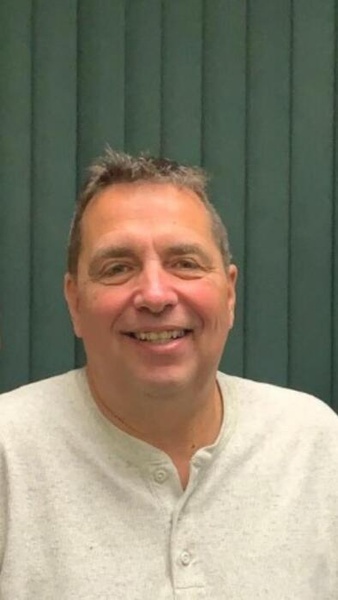 Raymond D. Wilson, age 62, passed away December 19, 2020 after a battle with Alzheimer’s Disease.

He was survived by two beloved sons Tyler (Samantha Eddy) and Brett (Hallie Roechner) who were his pride and joy; five siblings Linda (Roger) Phillips, Robert (Lisa), Donald (Michele), Daniel (Lori) Wilson and Sue (Mike) Reilly. He is also survived by the mother of his children Shelly Wilson, numerous nieces and nephews, their families and many friends.

He was preceded in death by his parents Ben Hur & Dolores (Cantu) Wilson, Jr, his special friend Meg O’Keeffe and one nephew Rogie Phillips.

Ray was a graduate of Joliet Catholic High School and was formerly employed by Provisor for 30+ years. He was a dedicated Joliet Catholic Alumni fan and rarely missed a home game. Ray never left home without his scanner and was ready for an adventure chasing the police and fire department with his boys, which was the ultimate influence on their career choices. He will always be the reigning champ of bags and golden tee.

A Mass of Christian Burial will be held at the Cathedral of St. Raymond on Wednesday, December 23, 2020 at 10:00 a.m. Visitation will be Tuesday from 4-8 p.m. at the Blackburn-Giegerich-Sonntag Funeral Home. Interment Resurrection Cemetery.

In lieu of flowers memorials to the Alzheimer’s Association Illinois Chapter in Ray’s name would be appreciated.

To order memorial trees or send flowers to the family in memory of Raymond D. Wilson, please visit our flower store.