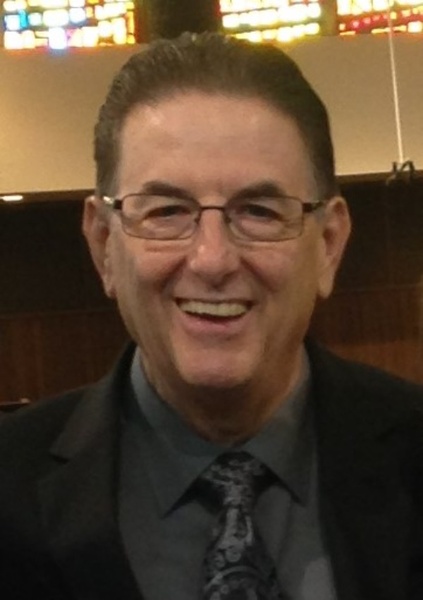 Born August 15,1948 in Joliet, IL. Ray is the son of Frank and Caroline Megyeri.

Ray attended St. Mary's School in Plainfield, Joliet Catholic High School, Joliet Junior College and Northern Illinois University. He served in the Army Reserves. Ray retired in 2013 after 43 years in Retail Management working for J.C. Penney and Burlington Coat Factory. In 2014, he moved to Sun City, AZ and was the happiest living in AZ. Ray was an avid sports fan and loved the Cubs and Bears. After moving to AZ, Ray became involved and active in dancing which he really enjoyed doing as well as a very active member of his church.

Survivors include his sister Fran (Jim) Carnaghi, Niece, Carrie (Tom) Seida, great- nephews Connor and Ryan Seida. We would like to extend a special thank you to my brother's closest friends Myrna Duffy and Jack Douglas, who made this most difficult time in our life so much easier. We could have not done it without them.

Preceded in death by his parents Frank and Caroline Megyeri and a brother, James and grandparents.

A Memorial Service will be held, Thursday November 11, 2021 at 6:00 p.m. at the Blackburn-Giegerich-Sonntag Funeral Home. Private interment will be held at Resurrection Cemetery. Visitation Thursday 4:00 pm until time of services.

To order memorial trees or send flowers to the family in memory of Raymond F. "Ray" Megyeri, please visit our flower store.