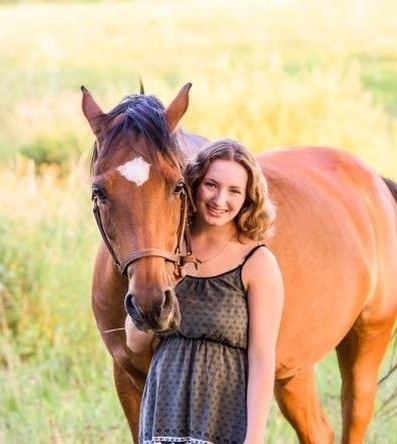 Age 19 of Aurora, IL, passed away on Monday, November 2, 2020 while on Active Duty as a Lance Corporal with the United States Marine Corp in San Diego, CA.

Mary was a proud graduate of Oswego East High School and was looking forward to continued service to her country in the FBI after she concluded her duty in the Corps.  Mary had a love for horses, inspired by her sister Margaret, a love for all sports inspired by her brothers especially pole vaulting and cross country running.  She also loved her many adventures at church, in school, and around town with her sister Molly.  Mary is most remembered for her kindness, smile and love of others.

Funeral Services will be held, Sunday November 22, 2020 at 5:30 p.m. at the Compass Church, 1551 E. Hobson Rd, Naperville, IL 60540.   Visitation Sunday from 4:00 p.m. until time of services at church.   Private interment with military honors will be held at Abraham Lincoln National Cemetery.   In lieu of flowers memorials to Reins of Life, www.reinsoflife.org/give would be appreciated.

To order memorial trees or send flowers to the family in memory of Mary Eunice McGavin, please visit our flower store.