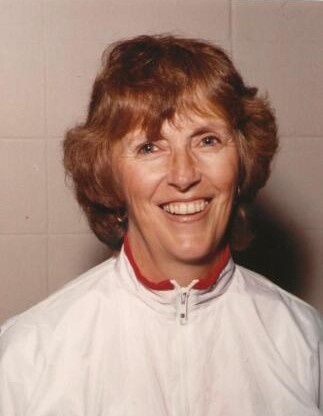 Marilyn Hollingsworth Zollner, 85 passed away on June 12, 2021 at her home in Richmond, Texas  after a lengthy illness.

She was born in Rose Hill, IA to Hazel (Blunk) and Harry Hollingsworth on October 22, 1935.

Marilyn led a very active and full life. She obtained a nursing degree from Wheaton School of Nursing in 1956 and moved to Joliet, Illinois where she lived for over 50 years. She served as a hospital nurse at St. Joseph Hospital, she later worked as a surgical nurse at Forkosh Hospital in Chicago and she was a Will County Health nurse.

She was active in competitive tennis; owning and operated the Joliet Tennis Club where she also gave tennis lessons. Marilyn coached the Women’s Tennis Team at the University of St. Francis.

In 1992 Marilyn opened and operated David’s Pasta and later in 1995 opened her second restaurant, Mia Figlia.

Marilyn was a long-standing member of Westminster Presbyterian Church.

Marilyn was an outstanding bridge player, an avid gardener, quilter and masters swimmer. She served as President of the Joliet YMCA JETS Swim Team. She also performed in 9 Joliet Kiwanis Shows.

In 2014, Marilyn and her husband Max moved from Joliet to Richmond, Texas.

Marilyn was a loving wife, mother, grandmother, great grandmother, and sister. She is survived by her husband of 52 years, Max, her son Paul (Gayle), grandchildren Kayla (David) Gil, Jack Zollner, Max Zollner and Phoebe Zollner, great grandchildren Cheyanne Chaddick, Claire Gil, Carson Gil, her sister Evelyn Steddom and numerous nieces and nephews. She was preceded in death by her son, David, and nine of her ten brothers and sisters.

Marilyn always had a winning smile for everybody. She is and will be missed.

Her cremains will be interred in Woodlawn Memorial Cemetery, in Joliet, Illinois.

A celebration of Marilyn’s life will be held on Wednesday, July 28 at Blackburn-Giegerich-Sonntag Funeral Home, 1500 Black Road, Joliet, Illinois with visitation starting at 10 AM followed by a memorial service at 11 AM  officiated by Rev. Matthew Robinson.

In lieu of flowers, donations can be made to Westminster Presbyterian Church, Joliet YMCA, the University of St. Francis or a charity of choice.

To order memorial trees or send flowers to the family in memory of Marilyn Zollner, please visit our flower store.