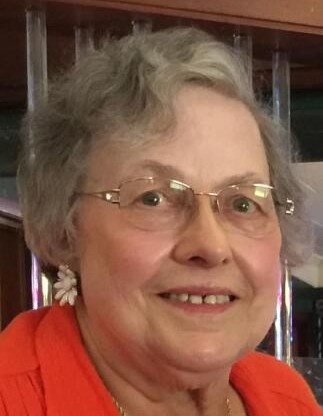 Always a Song in her Heart

Born to Richard and Clara (Kwarta) Ernst in Joliet, Illinois, she was a lifetime resident of Joliet.

Lois grew up in Joliet, attending St. Patrick’s grade school and St. Francis Academy, class of 1950  (now JCA). Lois was an only child and learned early the value of friendship. Some of the friends and acquaintances she made 80 years ago remained lifelong friends up until her final days.

After High School, she began working at Lennon Wallpaper Company, and was a member of the Catholic Social Club, where she met her husband Ed. They wed in 1952. Music was always an important part of Lois’ life, and she and Ed loved to sing together. Lois had a beautiful voice.

Their youngest son, Paul, was born with developmental disabilities, and it was because of this that Lois and Ed became loyal and brave advocates for their son. They strove to make his life better. Throughout it all, they remained strong and both always had a positive attitude. As Paul grew older, they were often could be seen around town and at local Joliet restaurants.

Lois was known for her sunny disposition, her sense of humor, and her tendency to burst into song at the smallest provocation. Her favorite songs were the old classics , the kind that she and Ed used to sing together.

After Ed passed away in 2009, her son Paul died in 2011 in a tragic manner in the group home where he had lived since 2006.  Lois was determined that her son’s death would not be in vain. Bravely testifying in Springfield  before the Illinois House and Senate, Lois advocated for more group home  oversight, and was instrumental in the passing of HB0653, also known as “ Paul’s Law”, a bill which passed unanimously and was signed by Governor Quinn into law in 2012,which enacted safeguards in place to protect residents of group homes.

Lois will be always be remembered for her friendliness and larger than life personality, her kindness, but also for her strength and resiliency under great pressure.

Lois continued to live in her apartment in Joliet, on Essington Road, collecting new friends and serenading them spontaneously, until just recently. She always had a song in her heart until the very end, even singing to nurses and caregivers while she dealt with the last stages of congestive heart failure in hospice care at Our Lady of Angels in Joliet.

A celebration of life to be held May 27th from 8:30-9:30 am  at Blackburn Giegerich Sonntag Funeral Home, at 1500 Black Rd, Joliet , followed by Mass of Christian Burial at St Patrick’s  Catholic Church, 710 W Marion St. Joliet, followed by a luncheon and interment ceremony at Abraham Lincoln National Cemetery.

To order memorial trees or send flowers to the family in memory of Lois McCann, please visit our flower store.