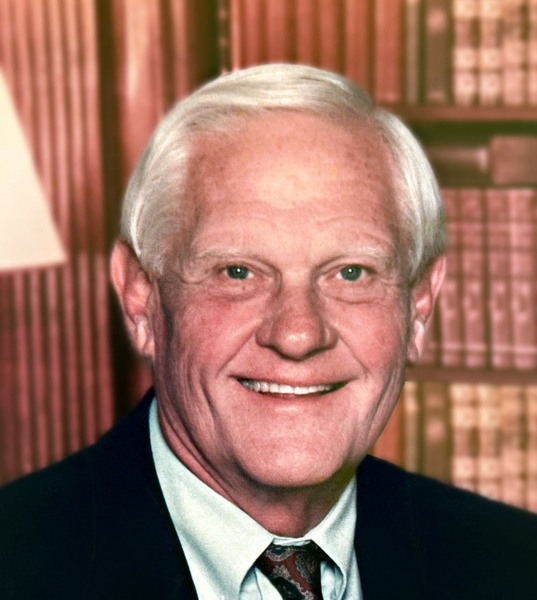 Kenneth Michael Kowall (Ken), 88, of Joliet, IL, passed away at home peacefully on December 11, 2021, with his family by his side. Ken was a Joliet-boy, born and raised. Devoted to his wife Jeanne and their three children.

He married Jeanne Matkovic on June 18, 1955, at St. Joseph's Catholic Church in Joliet IL, where they began building a family together that led to a long happy life.
To Ken, family was everything and everyone in his circle quickly became family. His smile said it all. He was always welcoming, friendly, and ready to share a laugh. Ken embraced a wide circle. He was the number one encourager, supporter, and fan. Whether it was cheering for his kids in swimming, his grandson Brandon in baseball and basketball, or his nephews in athletic pursuits, you would always find Ken in the stands. He was proud to be a part of their accomplishments. He was there to celebrate success and most of all to encourage us to keep going.
Ken loved the simple pleasures in life. Since 1973 the family has loved being ‘Up North’ fishing, boating, chopping wood, and sitting by the campfire at night. It brought him great joy to keep their corner of the north woods in pristine condition.
Graduate of Joliet Township Highschool class of 1950, Ken played football in high school and Junior College and later transferred to Lewis University where he graduated with a bachelor's degree.
He served in the U.S. Army in the Korean war and retired from PPG Industries where he served as Plant Manager. Ken was an active member of St. Paul the Apostle Catholic Church and Joliet Rivals Club. He was proud to be part of a community with such wonderful people.
He is survived by his wife Jeanne (Matkovic) Kowall; three children, Lynn (Fred) Olivari, James Kowall, and Thomas (Rebecca) Kowall; grandchildren Brandon Kowall and Fred Olivari Jr. Ken was loved, respected, and cherished by countless nephews and nieces. Ken shared a special bond with his nephews Michael, Mark, Ken, and Bill Draznik.
Preceded in death by his parents Michael and Theresa (Musof) Kowalczyk and one beloved sister, Lois Draznik. His family meant more to him than anything else in the world and he was unendingly proud of his three children. He will be forever in our hearts. Remembered by all and forgotten by none.
There will be a memorial/celebration of life on Wednesday, December 15th at St. Paul the Apostle Catholic Church from 11:00 a.m. to 12:00 p.m. with a Mass of Christian Burial proceeding at 12:00 p.m. Interment, with military honors, will be held at Abraham Lincoln National Cemetery in Elwood, IL.
The family requests that in lieu of flowers please consider a donation to Lightways Hospice Care, St. Paul the Apostle Catholic Church in Joliet, or Requiem masses.

To order memorial trees or send flowers to the family in memory of Kenneth M. Kowall, please visit our flower store.