Rev. Joseph A. Stalzer Age 78, passed away Monday December 10, 2012 at Presence St. Joseph Medical Center. Born April 4, 1934, the son of the late Joseph and Charlotte Stalzer. Survived by two brothers Richard F. (Diane) and Kenneth R. (Bonnie) Stalzer; one sister Geraldine A. Pellegrini; numerous nieces and nephews. Preceded in death by his parents and brother-in-law Kenneth Pellegrini. Father Joseph graduated from St. Mary's Seminary in Baltimore, MD in 1955, Theological College of the Catholic University of America in Washington, D.C. in 1959. He earned a Masters Degree from the Catholic University of America in Washington, D.C. and Governors State in Illinois. Following ordination at the Cathedral of St. Raymond on May 30, 1959, he was assigned to various Parishes in the Joliet Diocese. Father was Campus Minister at Elmhurst College and Governors State, and served in the U.S. Air Force from 1968-1971 as a Chaplin. Father Joseph A. Stalzer will lie in state at the Cathedral of St. Raymond on Saturday December 15, 2012 from 10:00 a.m. to 10:45 a.m.. A Mass of Christian Burial will be celebrated on Saturday, December 15, 2012, at 11:00 a.m. at the Cathedral of St. Raymond. Interment will follow at Holy Cross Cemetery, Crest Hill.

To plant memorial trees or send flowers to the family in memory of Joseph Stalzer, please visit our flower store. 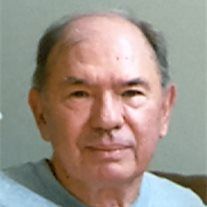