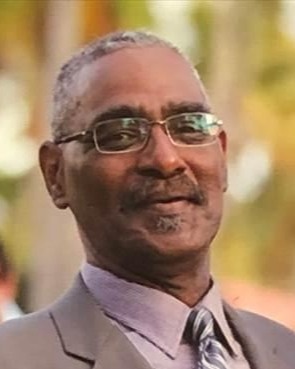 Horace Fielding “Pharez” Piersol Jr. was born in the fall of 1947 to Horace Fielding Piersol and Betty Jane Ward Piersol.  Horace grew up on the West side of Chicago. He was a true Chicagoan who loved the city, and he loved his childhood home on 13th and Hoyne Street. He was a popular student at Crane High School where he was president of the Key Club, an organization that groomed future entrepreneurs. He graduated in 1965. After being drafted into the Vietnam War and receiving a serious back injury while policing the grounds of the military base, he returned home and later married Jacqueline Tatum. To this union, five children were born:  Simone (Sergei) Churbanova, David (Nekoda) Piersol, Nicole (Tim) Phillips, Jahari Piersol, and Daniel “Max”(Christina) Piersol.  He Studied at Southern Illinois University; was a graduate of Rend Lake College (AAS), Member of Alpha Phi Alpha Fraternity; a Vietnam Veteran; a believer of the Hebrew faith; and a talented and accomplished carpenter. He was a loving man whose greatest gift was his compassion and devotion to his children. He was a supportive parent who demonstrated a strong work ethic for his children to emulate. The consistency of the life lessons he taught them provided a firm foundation for the development of their strong moral characters and a disdain for the hypocrisy found in the world. His nurturing and devotion to family cemented their strong familial bond. He was an avid jazz aficionado who shared his love of music with his family and friends. After falling ill, Horace's strong spirit and desire to live shined through until the end. We will all miss him and can't wait until the scripture is fulfilled which says: "Do not be amazed at this, for the hour is coming in which all those in the memorial tombs will hear his voice and come out" (John 5:28 29). Pharez is survived by his 5 children, 4 grandchildren, ex-wife Jacqueline Piersol, his siblings Deborah Ferguson, Jackie Harris, and Jonathan Piersol, as well as a host of loving relatives and longtime friends.

To order memorial trees or send flowers to the family in memory of Horace Fielding Piersol Jr., please visit our flower store.