Catherine Grace Kossett Nee: Ryder Born November 22, 1918, born to eternal life September 3, 2013. Preceded in death by her first husband Howard A. Shepardson, killed in action in W.W.II; her husband John M. Kossett; infant son Bruce Kossett and son Craig M. Kossett. Survived by her daughter Gloria Jean (Louis) Sanchez of Mojave, CA; her son Brian John Kossett of Joliet, IL ; one grandson Dane Bogal of Joliet, IL. Numerous nieces, nephews, grandnieces, grandnephews and cousins. Born in Chicago, "Grace" as she was known to everyone, attended Englewood High School and Champlain School of Business. After graduating in 1937, she worked as a stenographer for Spiegel Department Stores. She married Howard Shepardson and was widowed in less than a year. She then served in the Women's Marines from 1944-1946. She received an Honorable Discharge with the rank of Corporal. She then attended DePaul University. Grace married John Kossett on May 21, 1949 and they settled in Evergreen Park, Illinois where they lived for the next 42 years. Grace was active in the Altar and Rosary Society at Queen of Martyrs Church and spent many years as a volunteer at the school. She went back to school and received her Illinois license as a Real Estate Sales Person. After Grace and John retired to Pinellas Park, Florida, she stayed very involved with her community. She was block captain for Neighborhood Watch, served as chairwoman for many social activities, and participated in bowling leagues. Grace returned to Illinois after the passing of John. She and John loved to take spur of the moment trips across country, and she almost always fell asleep reading a good book. During the past several years, Grace was often in the Nursing Home and Hospital. The family wishes to thank everyone for the loving care she received at St. Joseph's Medical Center and Villa Franciscan. Visitation will be held Sunday September 8, 2013 from 12:00 - 3:00 p.m. at the Blackburn-Giegerich-Sonntag Funeral Home. A private burial will be held at St. Mary's Catholic Cemetery in Evergreen Park.

To plant memorial trees or send flowers to the family in memory of Catherine Kossett, please visit our flower store. 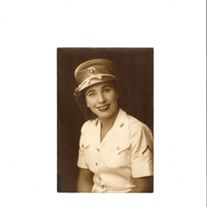