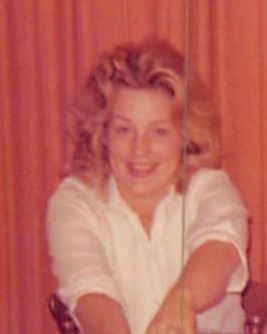 Carole was born on Valentine’s Day February 14, 1942 to the late John and Lucille(Lucas) Regan in Elmhurst, IL.  She was raised in Hillside, moved to Chicago’s  Back of the Yards Neighborhood, then to Joliet, past 37 years in Shorewood.   Carole worked as a secretary downtown Chicago, worked at Burny Bros. Bakery, and numerous restaurants, one being her step mother Ruth’s Connell Restaurant on Halsted St., working with her sister and best friend Barbara.  She met her first husband John Orr at Connell Restaurant, I-Hop, Murphey’s Fine Dining and Alibaba’s Restaurant.    Later years Carole was a stay at home mom, raising her kids.  She had a great sense of humor, winning beauty contest in High School.  Carole was a 1950’s Hoodie Girl, loved Elvis, Marilyn Monroe, Chuck Berry and Fats Domino.   An avid Viking fan and collected antiques.   She was a beautiful generous soul, taking in the less fortunate until they got on their own feet.

Carole fought a courageous battle against breast Cancer, went to heaven on December 9, 2022.  She was a devoted mother and grandmother, who was loved by many and will be deeply missed.

A Celebration of Carole Dianne’s life will be held in the upcoming weeks.

God will not permit any troubles to come upon us, unless He has a specific plan by which a great Blessing can come out of the difficulty.

To order memorial trees or send flowers to the family in memory of Carole Dianne Orr-Keers, please visit our flower store.