Betty Jean Kambic (nee Hill), 88, of Joliet, IL, passed away September 17, 2013. She was born December 13, 1924, in Earlville, to Ella and John Hill, and graduated from Earlville High School. She worked as a bookkeeper and bank loan assistant for many years. Throughout her life, she was an active volunteer, devoting her time to the PTA, Joliet Senior Services Center, Big Brothers Big Sisters and many other programs. She always had a smile for everyone and was loved by all. Her bright light was the center of many family gatherings in which she nurtured her family and contributed amazing cuisine. She was preceded in death by her beloved & devoted husband of 45 years, Robert F. Kambic, and her eldest child, Jeanine (Donald) Marozas. Left to remember her life and mourn her passing are her loving children Robert (Gail Matthews) Kambic, Gary Lee Kambic and Karla Kambic Lammers, and her cherished and adored grandchildren Matthew and Jessica Kambic and Madison Lammers. She is also survived by her devoted sisters, Barbara (the late Woodrow) Brown of Fairfax, VA, June Sharp of Earlville, Greta Sinchak of Joliet and Georgia (Paul) Philippe of Malden; brother-in-law, Edward Meyers of Joliet; sister-in-law Ginger Hill of Livermore, CA, and sister and brother in-laws Betty and Ted Synowic, and many nieces, nephews, cousins and dear friends. She was also preceded in death by her parents; two sisters, Virginia Meyers and Doris (Thomas) Smith; and three brothers, John (Ginger) Hill, Russell (Stella) Hill and Donald Hill. Funeral from the Blackburn-Giegerich-Sonntag Funeral Home, 1500 Black Road, Joliet, Saturday, Sept. 21, 2013, at 9:30 AM to the Church of St. Jude for a Mass of Christian Burial at 10:00 AM. Interment will follow at Woodlawn Memorial Park. Visitation Friday, Sept. 20, 2013, 2:00-4:00 PM & 6:00-8:00 PM at Blackburn-Giegerich-Sonntag Funeral Home In lieu of flowers, donations in memory of Betty can be made to the Church of St. Jude, 2212 McDonough St., Joliet, IL 60436 and Knights of Columbus, 100 S. 129th Infantry Dr., Joliet, IL 60435.

To plant memorial trees or send flowers to the family in memory of Betty Kambic, please visit our flower store. 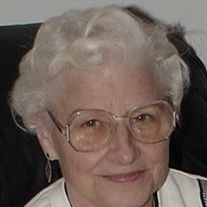