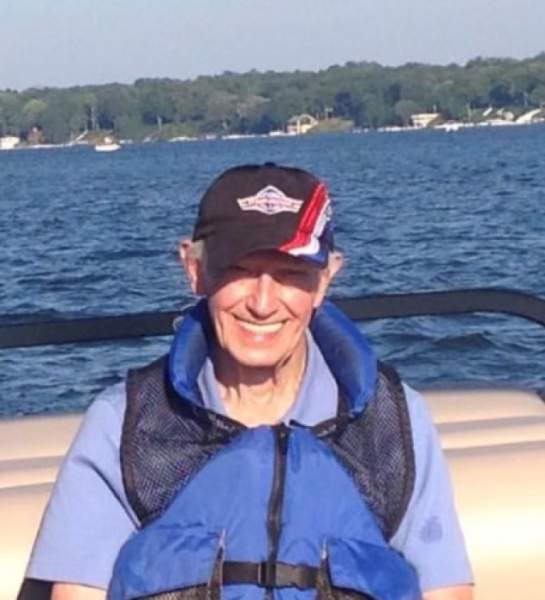 Jesse was born on a farm in Pontiac, Illinois on July 12th, 1933 to Carl and Caroline Formhals.  He was the youngest of 4 children.

Jesse graduated from Ottawa High School and served in the US Army during the Korean War.  He was stationed in Alaska and was a meteorologist.

Upon his return from the Alaska, he went to work for Libby Owens Ford in Ottawa making windshields for cars and then became a welder for Caterpillar in Joliet.  He would later attend DeVry Institute in Chicago to study electronics. Following graduation, he began working at Argonne National Laboratory for 30 plus years, where he worked and developed equipment to monitor radiation levels.

Throughout his retirement, Jesse enjoyed spending time with his family in Wisconsin at their cottage on Lake Delavan. He loved taking boat rides with his grandkids on his pontoon. A jack of all trades, he was the go-to handyman of the family. He could frequently be found tinkering with cars, working on home rehab projects, or keeping up with the latest tech advancements. He appreciated the simple things in life - a cup of McDonald’s coffee, a slice of Giordano’s deep-dish pizza, and a slice of cherry pie to satisfy his immense sweet tooth.

Kind, patient, and selfless, Jesse was a devoted husband who lovingly cared for his wife, Gloria, his faithful sidekick of 63 years. As a dad, he exemplified the meaning of unwavering love, instilled them with life lessons, and was their biggest supporter. He was an adored “pa”, “papa”, and “poppy,” who loved cheering on his grandkids at all their special events and was frequently the grandkids’ “phone a friend” for homework help in math and science. His Catholic faith was at the center of his life, and he was a faithful servant of the Lord.

Services will be private with a mass of Christian Burial at the Cathedral of St. Raymond on Tuesday, October 26th, 2021 at 11:30 followed by internment at Woodlawn Cemetery in Joliet.  The family is asking that any donations be made in Jesse’s name to either the Cystic Fibrosis Foundation or Special Olympics of Illinois.

To order memorial trees or send flowers to the family in memory of Jesse Formhals, please visit our flower store.